What I’m reading: The Film Club: A Memoir by David Gilmour. It’s about a dad who, as a last resort, pulls his failing 16-year-old son out of school on one condition–he has to watch 3 movies a week. There are some caveats to this: the kid can’t do drugs, but he can sleep all day if he wants, he doesn’t have to work, and he can pretty much do anything he wants.

My first impression is that I like it. Mostly. I don’t usually read non-fiction. It’s not that I don’t enjoy it or anything, it’s just not really my thing. I like the Film Club, I can get into it, but it’s not a book that I put down and have to pick right back up again. I’m about half way through it already, so I’ve discovered things that I like and things that I don’t like. I like the fact that David Gilmour did something unconventional with a kid that didn’t fit into the typical school system. Jesse, his son, gets on my nerves a bit. He’s sixteen and has this childhood entitlement thing happening–he drinks and smokes (sometimes with his dad), has sex with his girlfriend (with dad upstairs), and basically lives a teenagers dream. I get the let-your-kid-do-what-he-wants-as-long-as-he-talks-to-me situation, but…well, read it and let me know what you think in the comments below.

What I’m working on: I’m going slow on the querying process. I don’t want to send a million out just yet, so I sent out a few and am now waiting on a response. I’ve also decided to go with the YA magical realism story. I need a little bit of fantasy in my life and definitely in the stories I like to write. This one is pretty low-key.

What I’m listening to: Bon Iver 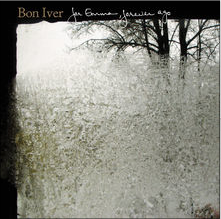